Chan Nu is four years old. She literally grew up in a brothel, surrounded by madams, pimps, and sex workers. The dangerous streets of Phnom Penh became her livelihood—at only two years old, her mother forced Chan Nu to sell condoms to clients. She used Chan Nu’s innocence and youth to lure men into her... Read More» 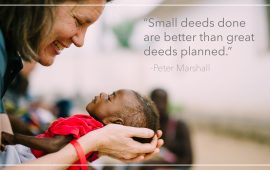 We live in a time where everything is fast-paced and microwaveable. Few of us probably consider ourselves patient. We’re constantly working towards a goal, planning for the future, and thinking about the next big idea. Sometimes, we let ourselves become consumed by working towards something great that we often forget about the ... Read More»

Every Life Has Promise

Everyone’s journey may be different, but every road starts in the same place: a place of dependance, growth, and curiosity. We have all experienced the wondering eyes of a baby, soaking in information as their eyes scan ours, quickly distracted by the next flashy object. Inside their gaze is a sense of promise. With one... Read More» 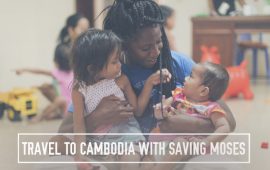 Step out of your comfort zone this summer!

Some people come into our lives, leave imprints on our hearts and we are never the same. I want to invite you to witness the life-changing power of genuine love this summer. Travel with Saving Moses to Phnom Penh, Cambodia and experience NightCare, our revolutionary program that protects the babies and toddlers of sex workers... Read More» 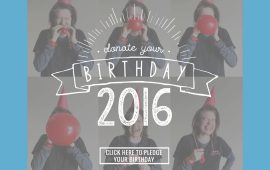 Do something crazy this year!

Thank you to everyone who contributed and sent me such sweet birthday wishes! My birthday fundraiser was an incredible success. I’m thrilled to announce that… By donating my birthday to Saving Moses, over 20 babies will be saved, nurtured, and protected! When is your birthday? Would you consider doing something crazy this ... Read More» 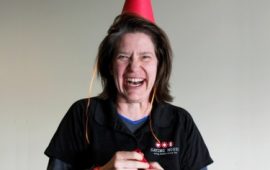 2016 is a very special year for Saving Moses—we are turning five years old! Five years old is also a significant age for babies and toddlers in low-income countries. Most little ones that die before age five are dying from completely preventable reasons. This means we can intervene and save little lives every day. This... Read More» 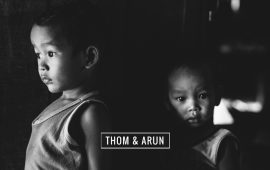 From Scars to Safety

Thom and Arun are brothers who have lived through the reality of unspeakable abuse. Before they attended NightCare, Thom and Arun’s step-father would routinely beat them with electrical cords. They came to NightCare with scars and bruises covering their arms and legs. Because their mother is a sex worker, she was unable to ... Read More»

The Most Important Resolution: Life

The Most Important Resolution: Life   Darya, an Afghan woman who had taken the birth life-saving skills course, visited a relative whose baby had been born two months premature. She noticed that the baby was not only small but also clearly emaciated and sick. Darya unwrapped the baby and asked what they had put on... Read More»

Is education really most urgent and least available? 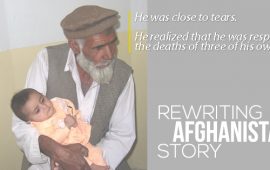 It’s the season for flashy Christmas lights, packed shopping malls, and extravagant holiday meals. But beneath all the glitz and blitz of the Christmas season, we turn our attention to a country where hope is desperately needed—Afghanistan. This December we are focusing our efforts on a special project that will spread education, ... Read More»