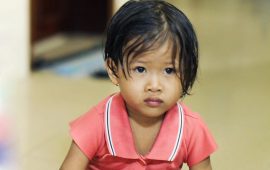 This summer I traveled to Phnom Penh, Cambodia with Saving Moses. It’s been four months since I returned, but the smells, sights, sounds, and stories have stuck with me. I experienced the NightCare centers firsthand—a place of hope and light in an environment of total and complete darkness. Saving Moses is opening the door of... Read More»

Growth and progress is an exciting prospect at Saving Moses—especially because that means more lives are saved, protected, and nurtured all over the world. We are getting ready to launch a new initiative to involve and inspire an awesome generation: millennials. We are emerging from what currently is into what will be, from young and... Read More» 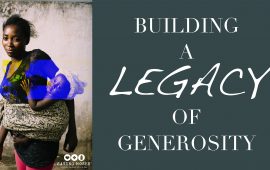 Building a Legacy of Generosity

We want to introduce you to an inspiring, longtime supporter of Saving Moses. Ruth has been a monthly Hero since the beginning of Saving Moses. What inspires her to give? Building a legacy of generosity. Does Saving Moses’ mission resonate with you in a special way? There’s the old adage that we all heard growing... Read More» 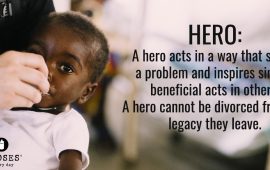 Pillars of Hope: Heroes and Allies

Today, you deserve the spotlight. You are changing lives. You are saving lives. You are a hero for those who need one most. Sacrifice, by definition, can be described as the giving up of something highly valued for a purpose of greater importance. Thank you for sacrificing for the sake of babies that you may... Read More» 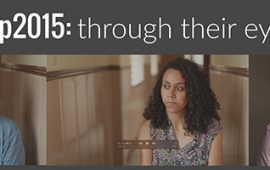 Our #NightCareTrip2015 team members traveled to Phnom Penh with their hearts open, ready to embrace the significance of the work that Saving Moses does. They used their skills and passions for the important cause of saving babies where the need is most urgent and the help is least available. Here’s an inside look at what... Read More» 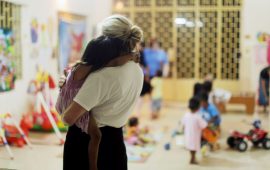 Why I Spent My Summer Saving Babies…

Why I Spent My Summer Saving Babies… …by stuffing envelopes and writing 243 handwritten thank you notes. It sounds fairly altruistic to say I spent my summer saving babies, but that’s the truth of the matter. People would ask who I was working for this summer and I’d say “Saving Moses, it’s an organization that... Read More» 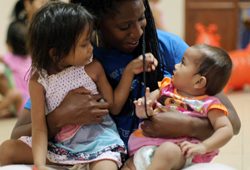 We recently returned from our second Cambodia group trip. Our team members came from all over the United States to love, care, and serve the babies in the NightCare centers. They worked through the muggy weather in Cambodia to renovate and prepare the NightCare centers for more babies. Building trust and relationship is an integral... Read More»

Why midwives? Why Afghanistan?

Why midwives? Why Afghanistan? One in five Afghan children dies before age five. Less than eight percent of women in Afghanistan give birth with a skilled attendant at their side. Around 30-40 percent of babies will die before they reach their first birthday in rural Afghanistan. The social and political environment and cultural ... Read More»

The Story Behind the Smile

Little Alminda was severely malnourished and moments from her last breath. Her world was tragically turned upside down when her mother suddenly abandoned her. Without breastmilk, Alminda’s strength for survival plummeted. Her belly was protruding, and she had a fever and diarrhea—all signs of severe malnourishment. Thankfully, ... Read More»

Saving Moses supplies six clinics in the Benguela province of Angola to treat babies and toddlers suffering from severe malnutrition. Saving Moses recently sent a team to Angola to visit the clinics first-hand and meet face-to-face with survivors of the malnutrition program. Hope in Angola gives viewers an opportunity to see what ... Read More»