NightCare is more than a place of physical rest for the babies of sex workers overnight. It is a place of mental rest, peace, and hope. NightCare is setting these babies up for a better life and working towards ending the cycle of the sex industry.

“If I had this type of support when I was a child, I would not be living this hell.”

These are the words of Adhi’s mother, Ani, a sex worker who sends her baby girl to NightCare. Tearing up, she told us she was thankful that Saving Moses shows her daughter love and affection. If only Ani had had the same type of care as a young girl.

Ani grew up with parents who dreamed of giving her a good life. They tried to provide her with everything she needed and wanted. They wanted her to grow up, be successful, and have a joyful life. However, one day, sorrow filled their happy home when Ani’s mother died after suffering from an unknown disease. At the young age of 7, Ani’s life had drastically changed, and little did she know, it would get worse.

After her mother’s death, Ani’s father remarried. They were poor, and access to food was scarce. Because of that, Ani’s father arranged her marriage at just 12-years-old. Ani’s life took a turn for the worst after moving into her mother-in-law’s house. Her mother-in-law and husband began severely abusing her, making her life unbearable. Then, Ani soon realized she was pregnant. She thought maybe if she had a baby boy, her fate would change, and her husband would no longer abuse her but be happy instead. However, though she had a baby boy, her life did not get any better.

Ani knew she had to flee her current situation if she was ever going to have a better life.

She finally decided to leave her husband and flee with her baby to a different city to search for a job where she could support her baby boy. One evening on her journey, exhausted from traveling, she decided to sit down and rest. She fell asleep and woke up to no sign of her baby. Someone kidnapped him. Horrifically, this situation is not uncommon.

Babies and toddlers are often kidnapped while their mothers work on the streets as sex workers. 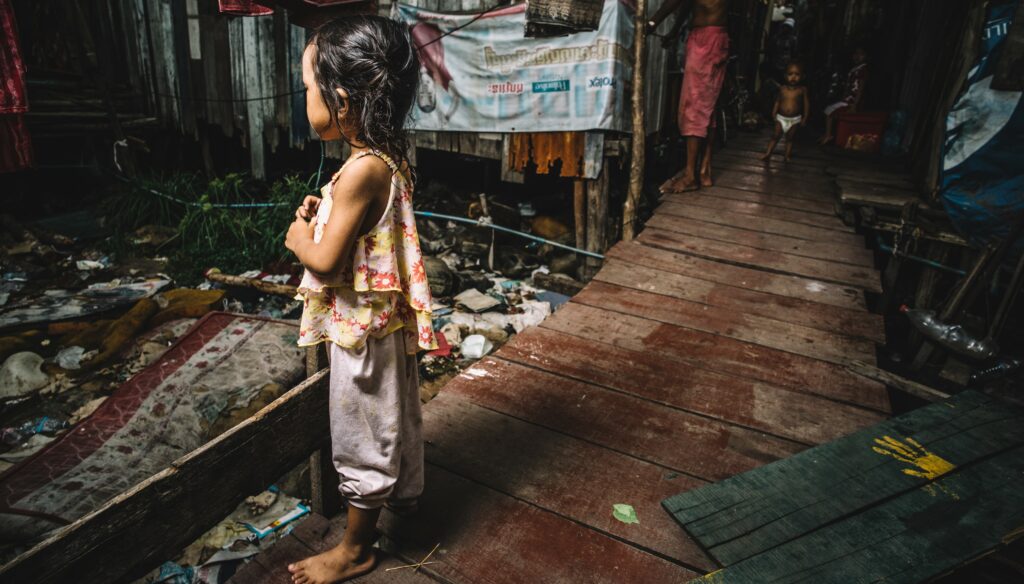 After losing her baby, she was sold into a brothel where her landlady kept her locked in a room, never allowed to leave. One night, her landlady’s son, Sentu, came into Ani’s room at the brothel. That’s when Ani became pregnant with Adhi. Sentu did not and has never taken responsibility for his daughter, and yet again, Ani is left to do this alone. She is still a sex worker but is doing everything she can to keep Adhi from living this hell.

It breaks our hearts to hear stories like these. Many mothers we work with were destined for a life in sex work from the time they were born. In this region, being born into a family of sex work, poverty, or no educational opportunities means you have minimal options for how you are going to support your family. Like Ani said, if she had NightCare as a child, she would not have lived the hell that she did.

Our hope with NightCare is that babies like Adhi, who attend, will not grow up to endure the same hardships of their mothers or become like the men who abuse their mothers. Nighttime is when these babies are most vulnerable to abuse, exploitation, or neglect. NightCare prevents further abuse from happening, helps babies heal from past trauma, allows them to thrive and be a kid, and ultimately prepares them for the future.

Crying, Ani told us, “I am surprised and thankful to Saving Moses. They are providing a safe, tenable place for brothel children.” It is hard for some women in this area to trust that people want to protect their babies. It’s surprising to them when they hear that a facility exists to do just that! Ani said, “My daughter is growing in a safe place and getting nutritious food, as well as getting love and affection from the nannies! I expect from my heart, long live Saving Moses!” 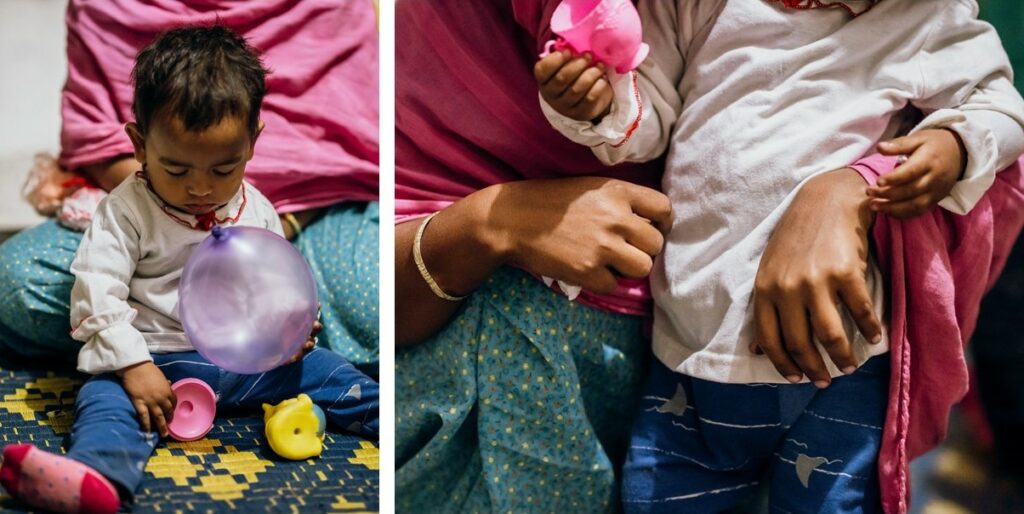 We agree, Ani. Long Live Saving Moses! Please help us end the cycle of the sex industry by donating today.