People often ask me how I came to be a photographer. I didn’t go to school knowing that was my passion. I didn’t dream of it as a little kid. I simply took a camera on a year-long trip around the world and found that that little Sony was an extension of me—like finding a limb you didn’t know was lost. Since discovering this passion, there have been many images that stood out—those special instances where technology and reality collide to preserve a magical moment. And, of all the stories my camera has told, the one that truly unravels me is a photo I simply couldn’t take.

I traveled with Saving Moses to Angola in May. The mission was clear: Sarah (Saving Moses’ Founder) and I would visit malnutrition clinics and document the sweet babies receiving therapeutic milk, along with their mothers. What wasn’t clear, was how deeply this experience would challenge, move and shape me.

We spent the morning at our first clinic—holding, feeding and capturing images of those tiny little babies. I remember thinking how remarkable it was that these frail bodies held such mighty warriors. Their beautiful mothers—exhausted and overcome by worry—managed to greet us with such warmth and kindness. Some of them smiled and hugged us, even allowing us to coo at their babies and soak in the rare moments of giggles.

Sarah approached, worry etched on her face and weighing on her shoulders, “There’s a new baby who just arrived. It’s not good.”

I nodded, completely unaware of the weight of those words in this place. “Not good,” could mean so many things. As a person bent towards hoping against hope, I said a silent prayer for the best—sure that everything would work out in the end.

It didn’t, as sometimes it doesn’t—when there are no words to explain and no rhyme or reason to take refuge.

I remember seeing his hands first—a tiny fist wrapped in the loving palm of his mother. She laid across the bed with him, burying her face in the sheets and allowing her tears to soak into the white fabric. “Not good,” as it turns out, was altogether very bad.

I raised my camera to my eye, thinking that the scene would be different through that tiny window—that hope would live somewhere within that frame. My finger pressed gently against the shutter button to focus, but there was no click—no freezing time. This moment—where a fragile life hung in the balance and fought the final battles of a war it would lose—I simply couldn’t capture that. I’ve always thought that my job is to immortalize moments people don’t want to forget. So, what about the moments we all dread? What about the moments we live to forget? 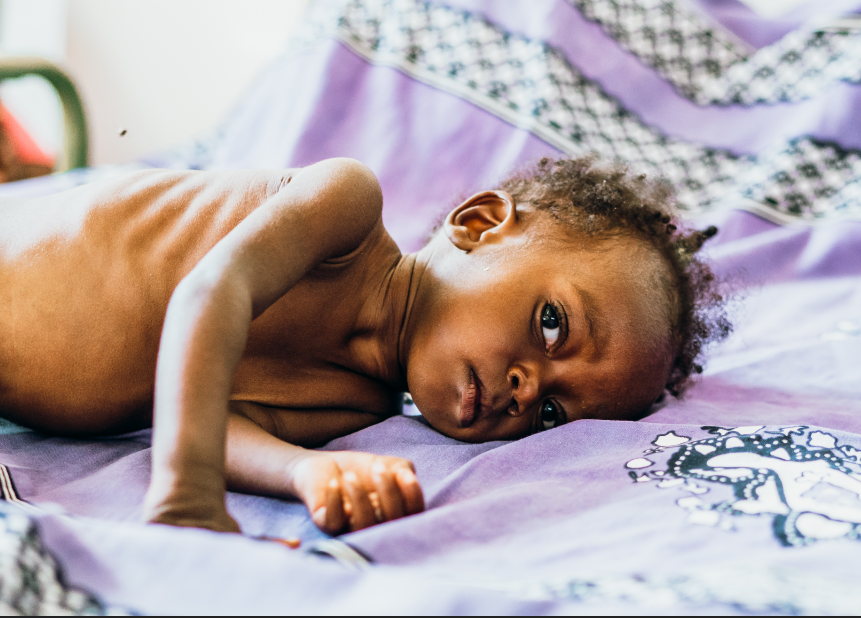 After several seconds, I dropped the camera to my side. The only picture of this scene is one that resides in my mind. Perhaps some moments shouldn’t live forever.

I left the clinic that day heavy with the weight of defeat. Not only was this precious boy fighting his final battle, but I had failed to tell his story. I had failed him.

Before returning to the hotel, we made a quick stop to visit Belito, a young boy who received therapeutic milk from Saving Moses years earlier. “He’s grumpy,” Sarah told me. “He was even a grumpy baby. You’ll see.”

As we pulled up, a small, wiry boy appeared from inside the hut. He sat with Sarah, maintaining a stoic persona and, I suspect, concealing a wry smile, as we handed him a soccer ball and asked him how he’d been since their last visit. He was grumpy, but in a way that secretly sweet, old men are. 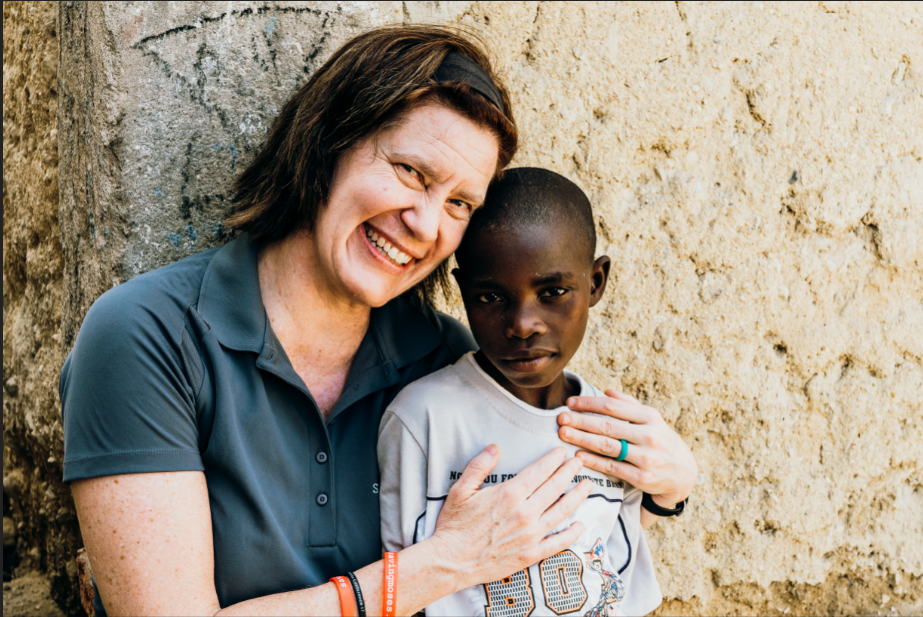 It was there, on that dusty, dusk evening, that we sat in the afterglow of victory. Belito is alive. He is well. He is free to grow into the best (albeit grumpy) version of himself and it all began with some therapeutic milk 7 years ago. The realization struck me in a way that only hope can. And, my heart lifted just a little, knowing that for every story of a mother returning home with an empty blanket, there are dozens and hundreds more like Belito.

I sometimes imagine going back to Angola–years from now–lifting my camera to my eye and seeing a scene filled with the babies we met there. They aren’t sick. They aren’t fighting for life. They are just living. Like Belito, they are kicking up dust on a glowing Summer’s day, laughing with friends as they play soccer. I think about my finger hovering over that shutter button, focusing in and filling the frame with the precious moments of their lives that we’d rather not forget. Click. 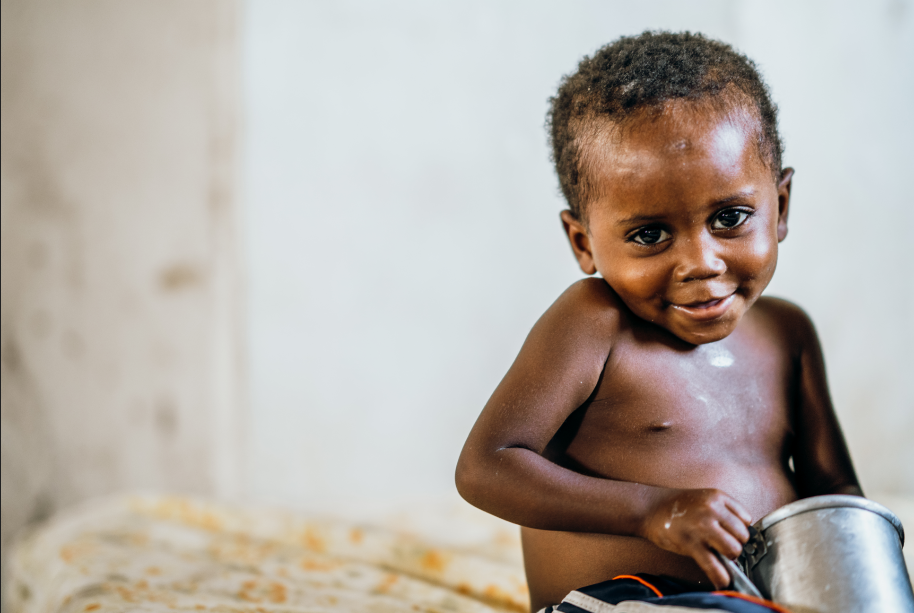 Lindy Hickman Copeland is a photographer, videographer, and world traveler. You can learn more about her at www.lindyhickmanphoto.com

One Photo I Could Not Take

By Lindy Hickman Copeland People often ask me how I came to be a photographer. I didn’t go to school knowing that was my passion. I didn’t dream of it as a little kid. I simply took a camera on a year-long trip around the world and found that that little Sony was an extension... Read More»

Note to the reader: Names and images have been changed to protect identities. 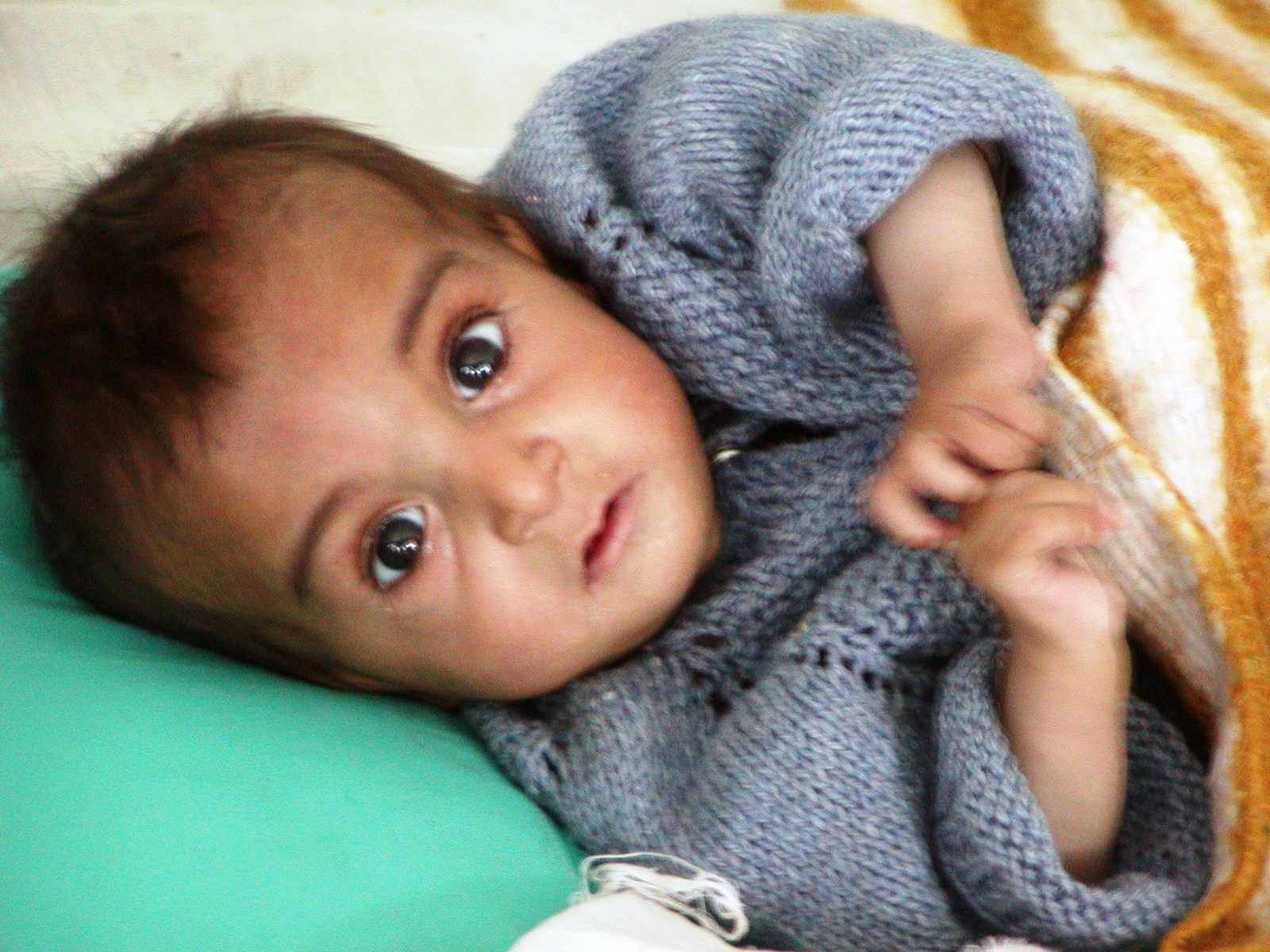 According to the CIA website, Afghanistan has the highest infant mortality rate in the world. In fact, 110.6 out of every 1,000 babies born in Afghanistan do not live to see their first birthday. Compare that to the US, where the number drops to 5.8 out of every 1,000. Get out of the big cities into rural Afghanistan, and the infant mortality rate goes up. Where we currently have clinics, 40% of babies born will not live to see their first birthday.

These statistics are staggering. Why is there such disparity?

There are several factors at play, so we don’t want to oversimplify this. But through our years working with the beautiful people of Afghanistan, it has become clear that most infant deaths in the country with the highest infant mortality rate are preventable. Here are three of the top reasons why the infant mortality rate is so high there, and what you can do to help: 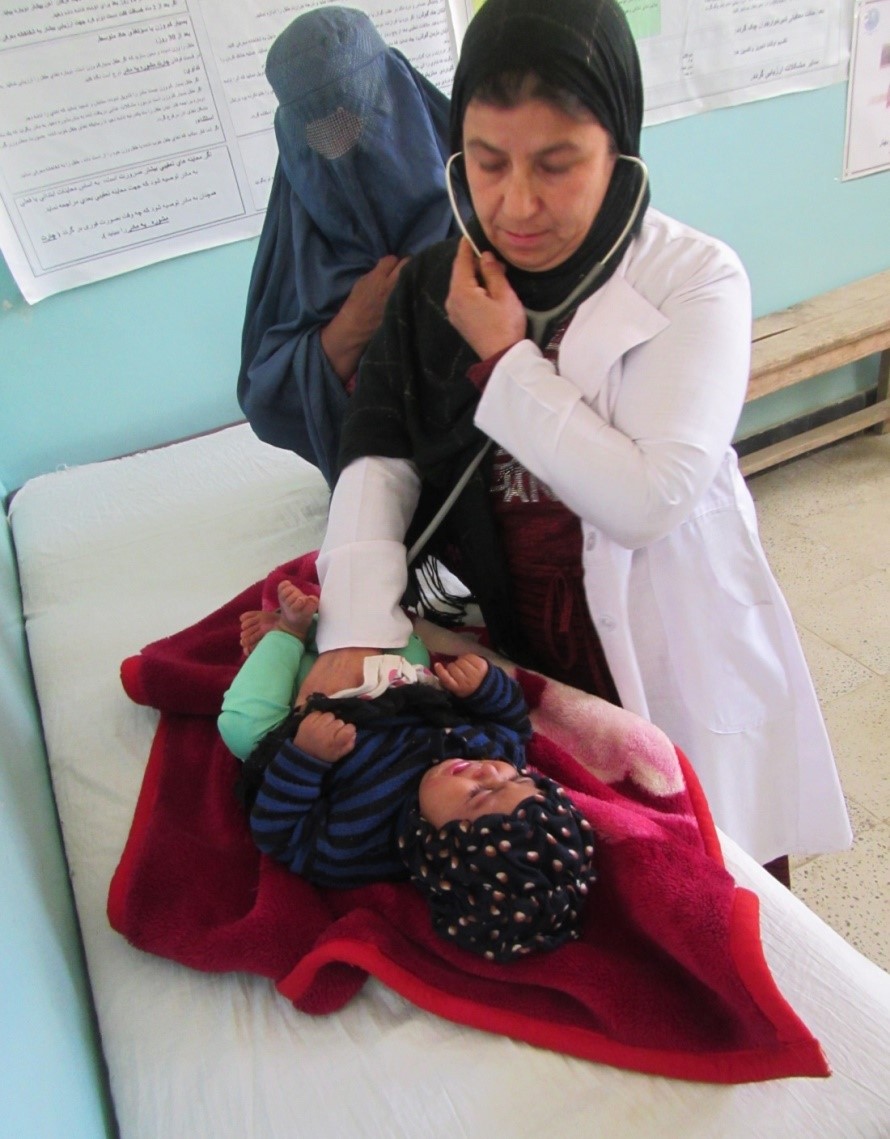 Naseema is 24 years old.  She has given birth seven times, but only has four living children. She has experienced the greatest loss of a child three times because of diseases such as diarrhea and dehydration, pneumonia, and urinary tract infections—all diseases that are treatable except that Naseema has not had access to a health clinic or medication for herself or her children for years.

When the Saving Moses clinic was founded in Naseema’s province, it was only a half-hour walk from her home. She brings all four of her babies to be vaccinated and cared for when sick. Because of access to healthcare, Naseema’s four babies have a chance to survive.

Much of the inhabited land of Afghanistan is rural and recovering from years of conflict. Communities are spread out with most people traveling by foot from place to place. As a result, people who live far from hospitals and clinics don’t get access to any form of healthcare, especially pregnant women and babies who cannot make the trip. 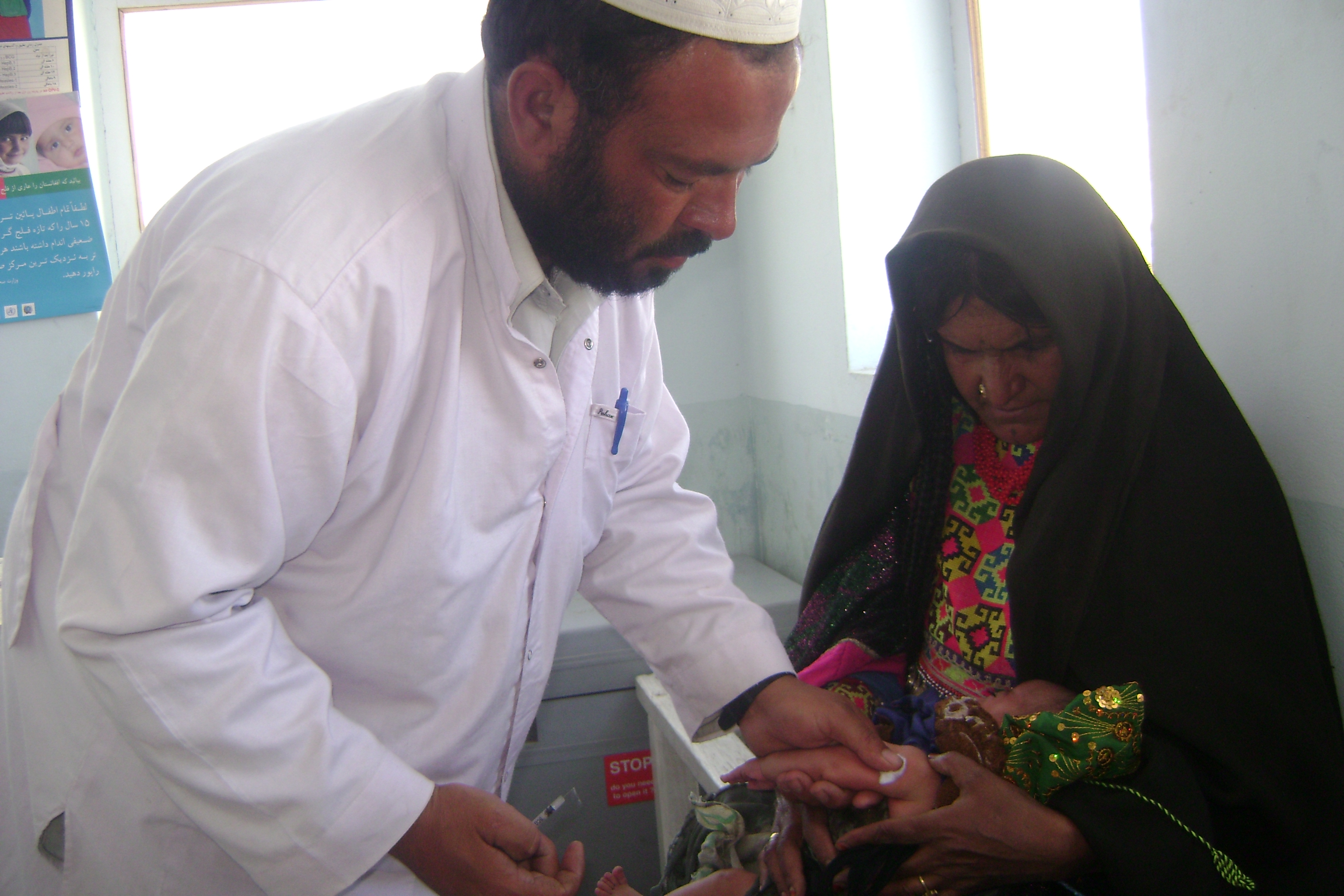 Hamad is a father, but he doesn’t know the love of a child. Hamad has had to bury all three of his babies because they were born not breathing. By the time Hamad reached a Saving Moses clinic, he was having a nervous breakdown from the grief. In America, if a baby is not breathing when they are born, the doctor or nurse gives them a hard slap on the back to clear mucus out of their airways. Most of the time, this works and the baby lives. No one in Hamad’s family knew.

Partly due to socioeconomic issues and partly due to culture, there is a significant lack of health education in Afghanistan, especially among women. When a woman has complications in her pregnancy or if a baby is sick, families are simply left guessing. 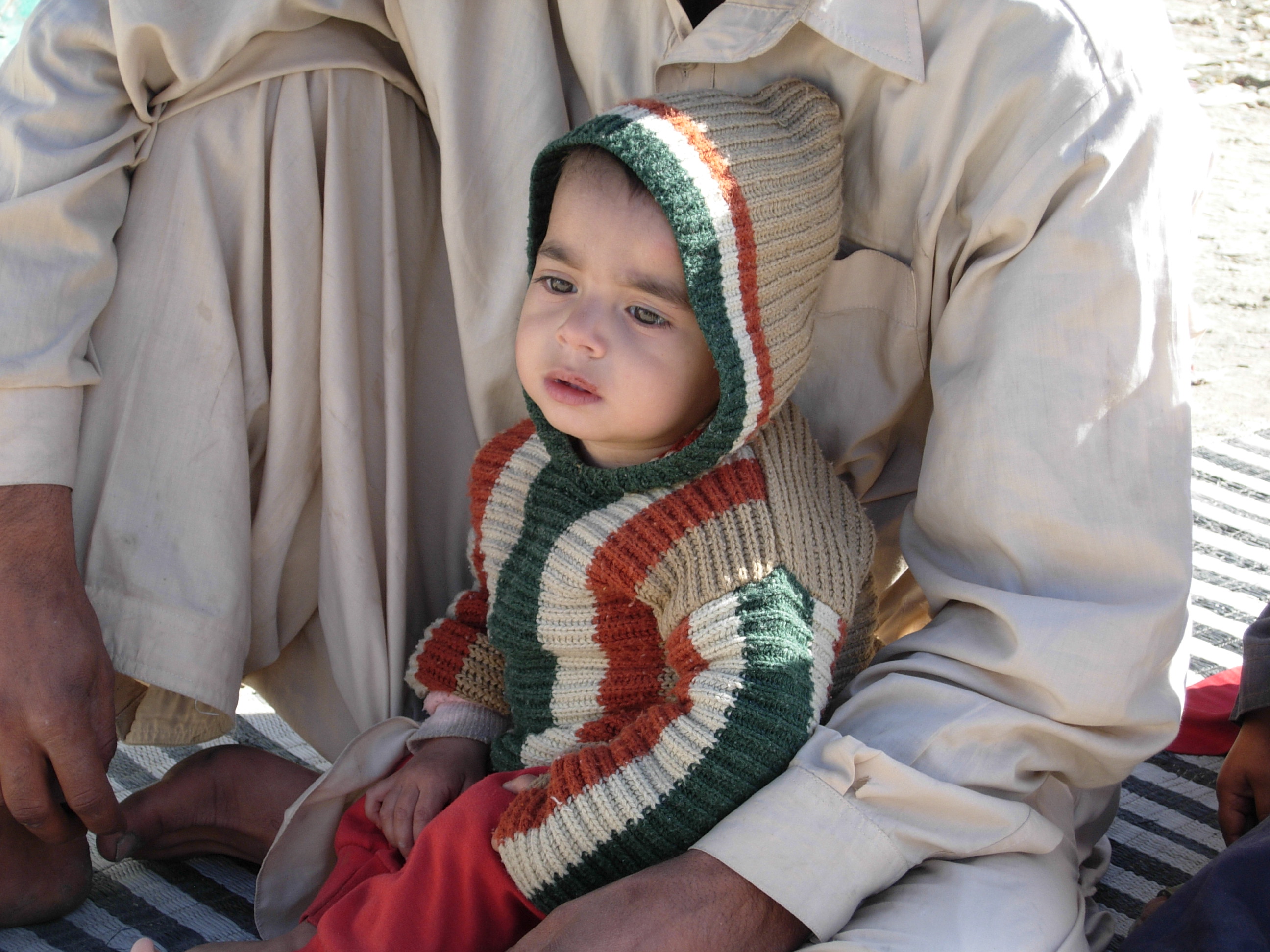 Haleema is a baby girl in rural Afghanistan and she is sick—very sick. Her parents brought her to Saving Moses worried because her stomach has rashes, she can’t keep food down, and her fever is very high. After looking at her, doctors immediately figured out the problem: an infection. When Haleema was born, per tradition, her father cut the umbilical cord with an old boot and packed it with mud from the wall of the family home. Once doctors were able to clean the cord out, Haleema started to show signs of recovery.

Communities in Afghanistan have rooted cultural traditions that trace back hundreds of years. Many women still see themselves as the sole caretaker in the home and will stay awake late into the night, cleaning, cooking, and caring for her household, even when pregnant. While culture is often beautiful and distinguishing, sometimes the old-world ideology contributes to poor health practices. This is where modern medicine and training community leaders helps save lives.

What You Can Do

Our hearts are broken by the maternal and infant mortality rates in Afghanistan. This is why we work in three rural clinics throughout Afghanistan to train midwives, fund postnatal vaccinations, and teach birth life-saving skills in communities. We would love to invite you to join in our journey to save babies every day by meeting the most urgent and intense survival needs where help is least available.

You can become a hero or donate to Afghanistan here. 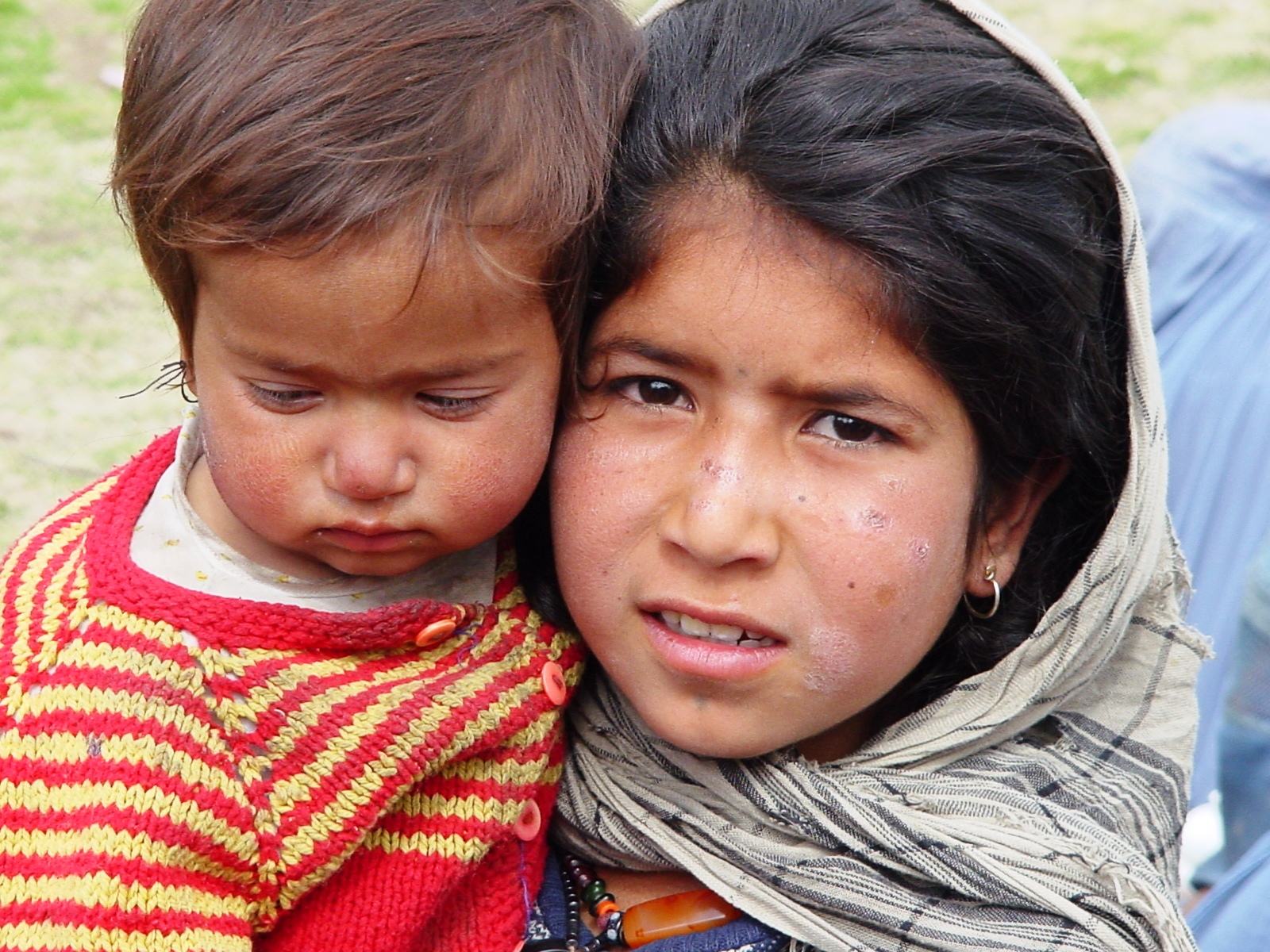 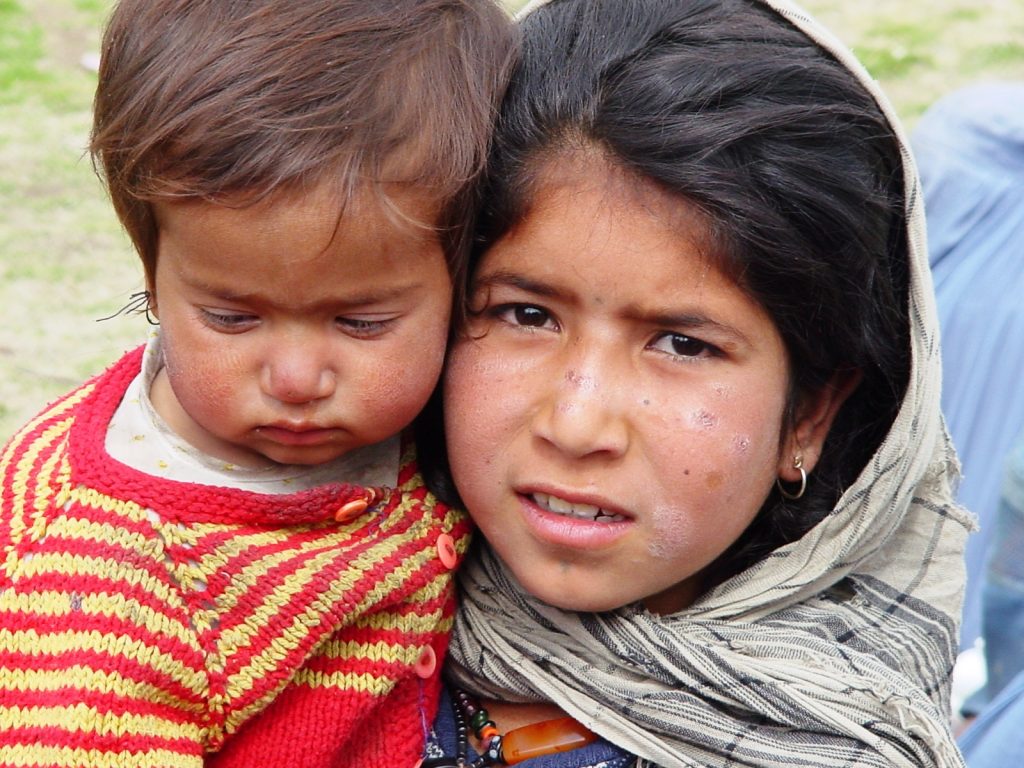