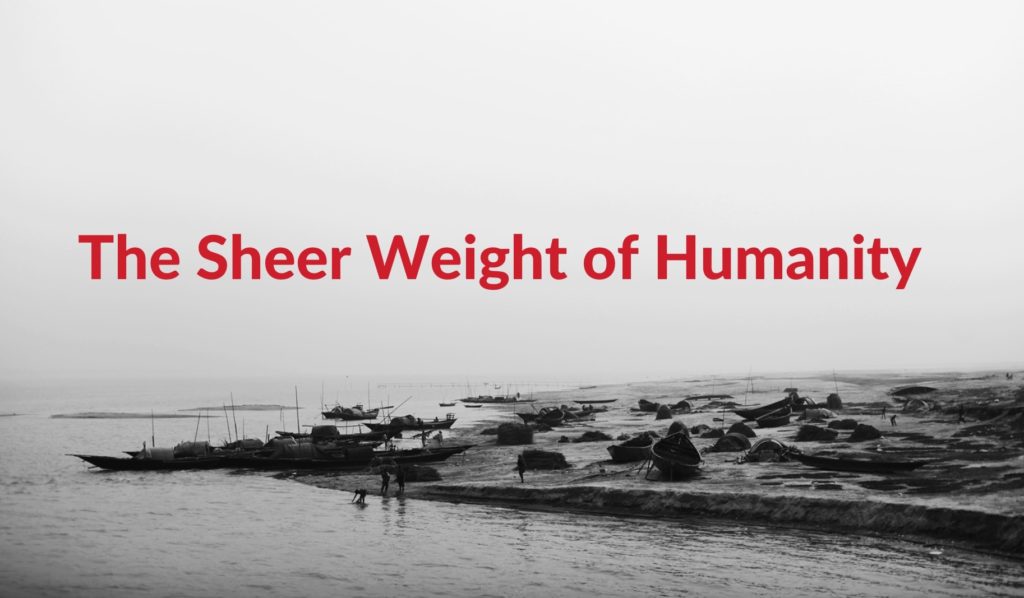 By Hannah, our NightCare Manager

Before going to Bangladesh for the first time, I naively picked up a travel book, Bangladesh produced by Lonely Planet, thinking I would only get positive thoughts about the country I was about to visit. While this was partly the case, what stood out to me the most was the following sentence: “…the food is fabulous, the historical narrative fascinating, and the sheer weight of humanity absolutely unforgettable.”

The “sheer weight of humanity” stuck with me as I decided to look up more facts about Bangladesh. I started with my current home of Denver to get a better perspective. I’ve often sat in my car on a traffic-laden highway and thought that Denver itself was getting relatively crowded. According to USA.com, Denver has a population of around 4,000 people per square mile. A busy city.

This feeling doesn’t escape you when you visit. You see the ways that this number and this sheer volume of people affect daily life in the city. Traffic is unreal. Plan to block out an hour and a half for what might elsewhere be a 20-minute drive. People are everywhere. Smells, sights, sounds, all threaten to overwhelm. And what was perhaps clearest to me above all of these attention grabbers is the incredibly significant need among many people there. 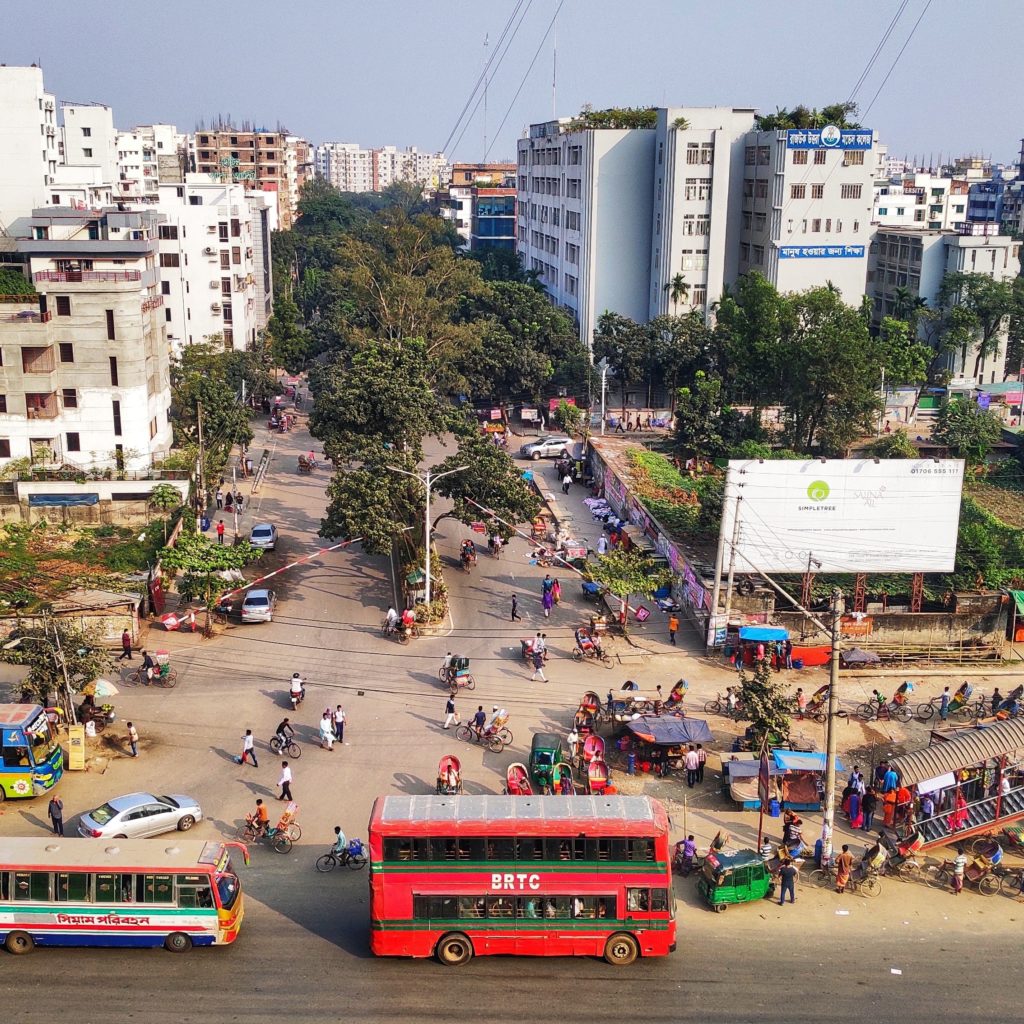 I came to Bangladesh to visit women in the field of floating sex work. This means that they are not tied to a particular brothel but work at hotels, bus stops, train stations, or just particular areas of the city. We visited one of the largest train stations, where many members of this city’s population pass through; thus, it is a large hub for sex work.

Sex work happens at all times of the day at the station. There are small rooms that women use, and everyone simply overlooks that it is going on. Sex work happens on platforms at night or sometimes at nearby guesthouses or hotels. Floating sex work is, by nature, incredibly wide-spread. According to a 2009 World Bank study, [2] “Street-based and hotel-based sex workers see an average of 17 and 44 clients per week respectively.”

Many of the girls we chatted with, with assumed names like “Happy” or “Lucky,” were in their mid- to late-teens with small children of their own that they were trying their best to care and provide for. This population, both the mothers and the children, have so few services or safe options available to them. When there are so many people in a city, there can be an unfortunate consequence of some of the most vulnerable being overlooked.

We’ve all connected with the feeling of being overlooked at some point in our lives. The desperation it leads to first, in which we raise our voices saying, “Look over here! It’s me and I need to be heard!” After so long of that cry being ignored one starts to grow quiet. In many ways, these women have grown quiet. Seeing this situation made me want to scream again aloud for these women. I felt that desperate feeling of being overlooked for them and the overwhelming urge for them to have access to more. 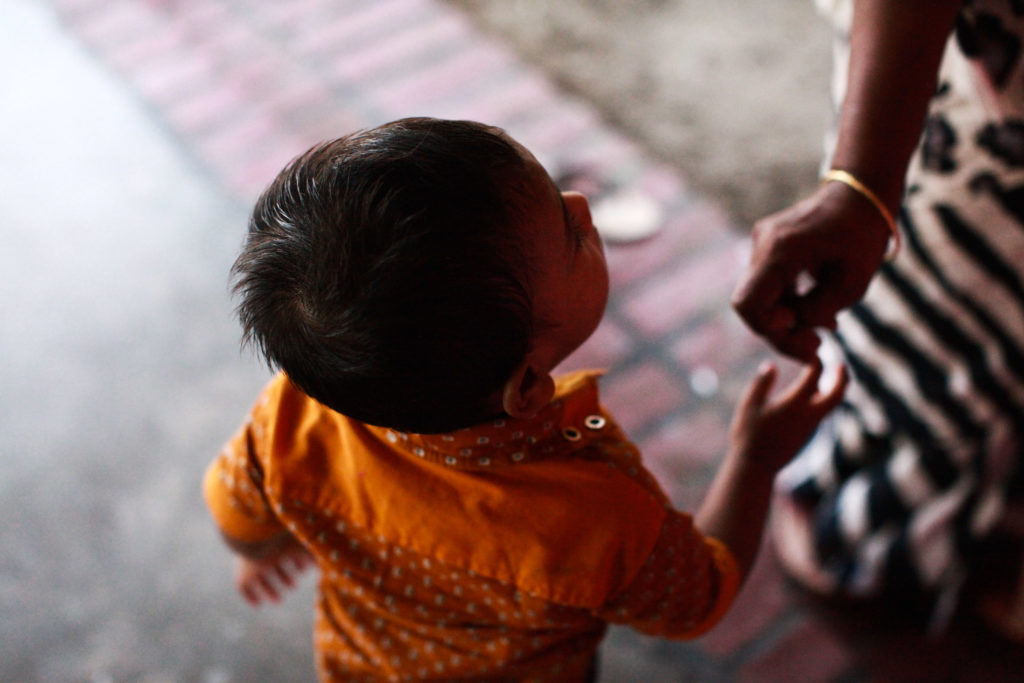 This is a place where we want to establish NightCare, our program that provides loving shelter and care to the babies of sex workers overnight when they are most vulnerable to abuse, neglect, and exploitation. Unfortunately, many mothers have been burned when it comes to whom to trust with their babies because baby selling is a market in Bangladesh. Mothers have told me about losing their little ones forever because they looked away for only a few minutes or they trusted the wrong person with their baby’s care.

They described a need for a place where they could go with their babies for the night in order to build trust and know that their babies were safe. They will be working at places like this busy station during the day but know that both they and their baby will be safe at night from thieves, exposure to the elements, and other violent crime.

I’m happy to report that we have heard the voices of these mothers and their little ones above all the many sounds of the city. We will answer the need there and take time to listen and learn from these women. We will, hopefully, in some small way, make the sheer weight of humanity feel a little less heavy for these women and babies. 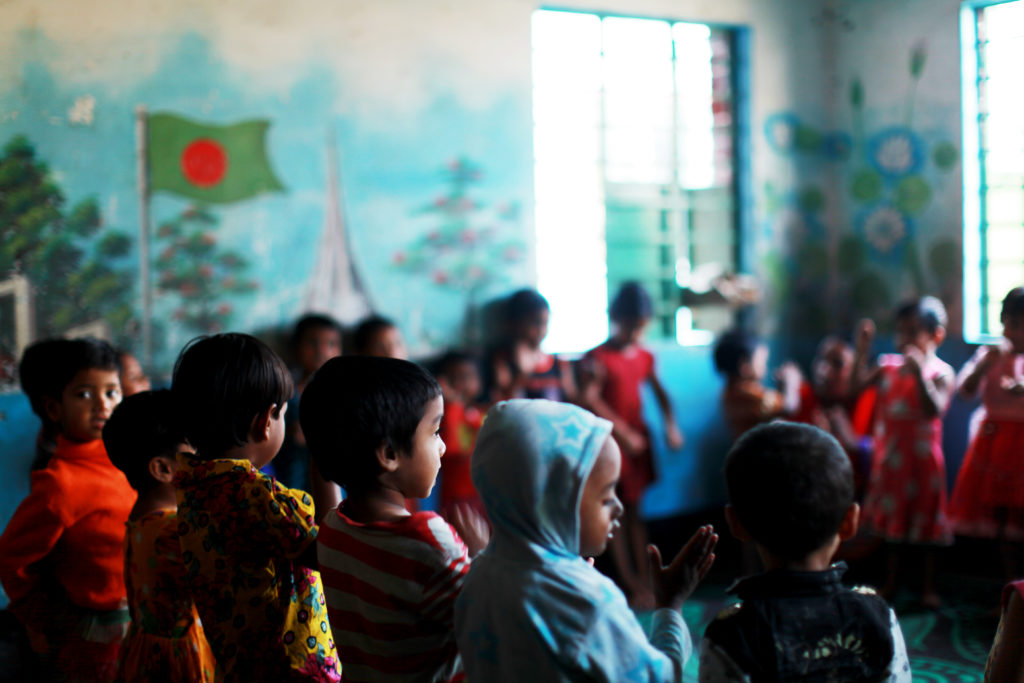