At ten years old, Napti found herself on her own—no family, no home, no education. Like many girls in her situation, she began trading the only thing she had for her basic survival needs. Her body. Now, seven years later, she is the young mother of a baby boy. She does not know who the father is and honestly does not care to know. All she cares about is that her precious son has a better opportunity than she was afforded.

Little Ninu, her son, is the cutest. He recently turned three and clearly loves his mom so much. While Napti works, she leaves little Ninu with anyone she can find in the community and pays them almost her entire night’s wages. She knows that taking him to the railway station where she finds clients is extremely dangerous. Other little ones have wandered onto the tracks, some have been given drugs by strangers, and too many have been kidnapped.

How can Napti provide a better life for her son if she is spending her entire income to keep him safe while she works?

Savady moved to the city from her faraway home to help her aunt sell rice. While selling rice, she met a man in a neighboring town and fell in love. They got married. He moved her away from family and started mistreating her. They had a sweet baby girl who they named Chena. Shortly after Chena was born, Savady’s husband asked her to buy him a motorcycle with the remainder of her savings. She did, then he left her for another woman.

The disgrace of being left has led to mistreatment by the community. Savady started working as a sex worker in a local bar to make ends meet, but she would come home to baby Chena with a bloody mouth or bruises from the neighbors. When Chena’s arm and face were badly burned with no explanation, Savady left the community to find work and a home elsewhere.

Who can she trust in a new town with her baby when Chena was so mistreated by her last community?

At the age of 14, Puttoli’s family decided she needed to be on her own. They didn’t have much and couldn’t afford to care for her anymore. A woman came to her town saying that she was recruiting girls to work in a garment factory. Puttoli’s family sent her with the woman to a town hours away.

What Puttoli found in that town was not a garment factory but a brothel. The woman who had come to her town now claimed that Puttoli had a large debt to pay off and the only way to pay that debt was in the brothel. It wasn’t long before Puttoli got pregnant and brought a baby girl into the world who she named Rosni.

Puttoli has no family, her neighbors all live in the same brothel she does, and there is no childcare in her area. What does she do with Rosni while she works off her debt? 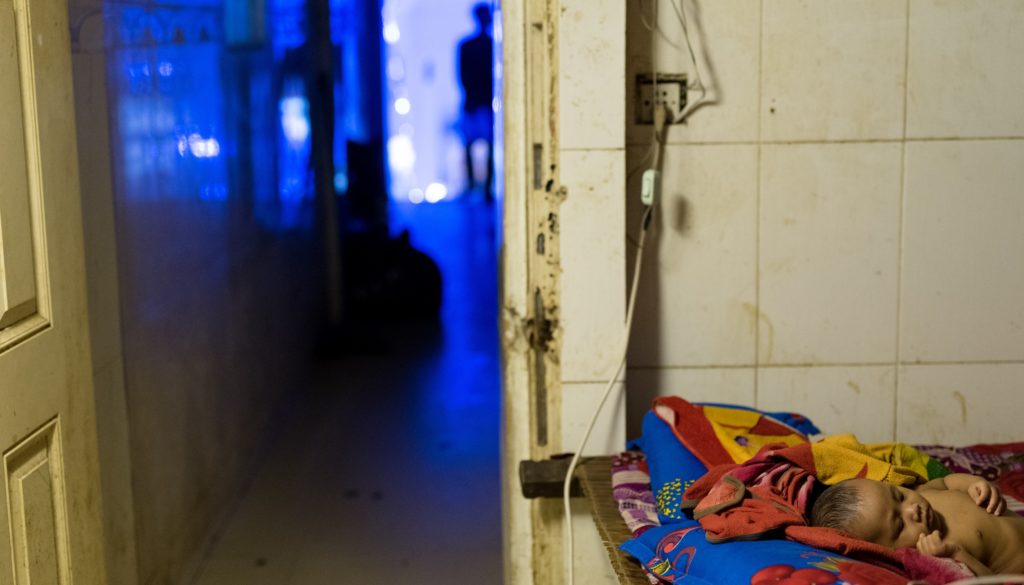 These three stories come from three different cities where we have our NightCare program. One sex worker works at a rail station. One works at a bar. One is tied to a brothel. Some women get into the industry voluntarily, some do not. Some start as young girls themselves, some in their twenties or thirties. But the common thread in all of these stories is that they each have a little one who they want to give a good life. When we interview NightCare moms and ask their hopes for their babies, they all say the same few things: an education, health, a better life than their own.

Years ago, our Founder learned about the need for NightCare after watching the documentary Born into Brothels. She was startled to find that so many babies around the world are born and raised inside brothel walls. It makes sense—the sex industry is huge and exists on every inhabited continent. And babies are the natural result of that type of work.

Upon further research, the Saving Moses team learned that in many places, the babies of sex workers find themselves in one of a few childcare situations:

This is why NightCare exists. Everyone knows about the sex industry, but almost no one thinks about the babies born every single day into it.

NightCare is much like a daycare that runs overnight. A mom or family member will drop their baby off early in the evening. The baby then gets a bath, clean clothes, a nutritious meal, playtime, circle time learning, trauma-informed care, and a safe place to sleep. We hire loving local nannies who care for these little ones as if they were their own. We do not charge mothers for this service, and we offer help finding resources to them and their older children.

In the time that NightCare has been open, we have seen unresponsive babies start attaching and connecting. We have seen toddlers with behavioral problems learn to channel that energy into leadership skills, lovingly caring for the younger ones in the group. And we have seen hundreds of little ones sleep peacefully and safely on a nightly basis.

This month, we have turned all of our social media, letters, and emails to better inform you about NightCare. It is a safe place for babies like Ninu, Chena, and Rosni. It is a program that is near and dear to all of our hearts. And it is so necessary. 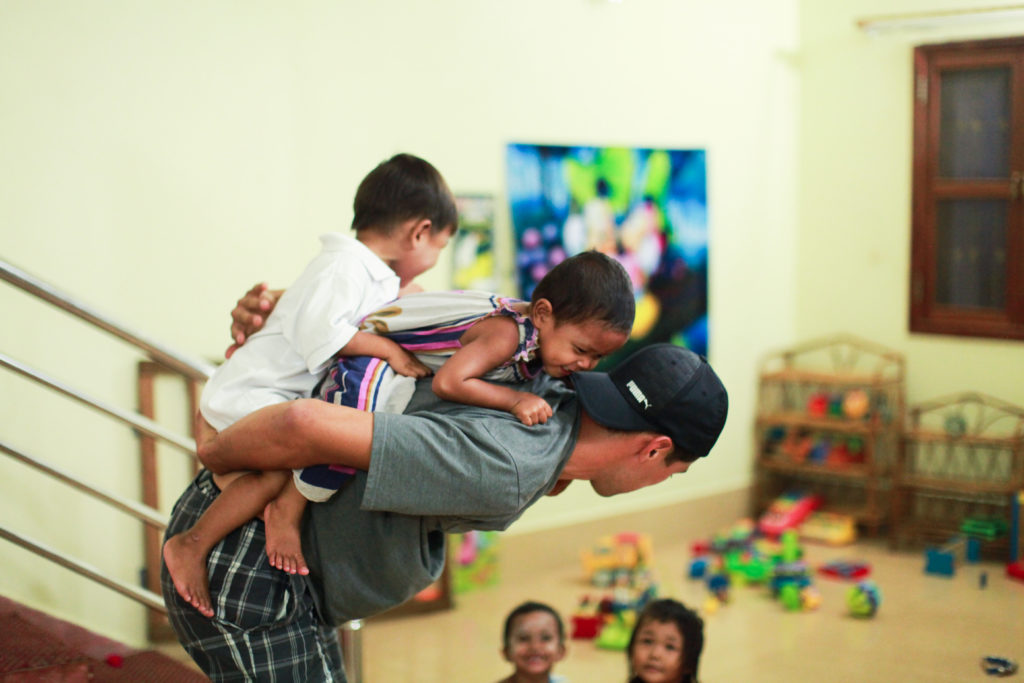