As a graduate international development student, I studied several situations that led to mass human atrocities. Many of these atrocities took place where Saving Moses works. It is essential to learn why these events happen to prevent similar incidents from happening again.  In each incident, there were vital warning signs before violence.

In Cambodia, in the 1970s, a ruler named Pol Pot, leader of the Khmer Rouge, executed mass genocide in Phnom Penh. Frustrated with government corruption, the Khmer Rouge sought to make a classless society. They targeted religious minorities and intellectuals. Even people with glasses were executed as the Khmer Rouge perceived them to be an educated elite- getting in the way of their rural dream.

I visited the Killing Fields twenty minutes outside the city. This is where many were killed. There, you can see a literal tower of skulls made from the millions of people who were executed, starved, or overworked. In the Killing Fields, rain continues to uncover bone fragments and clothing from those killed in the mass graves. You can learn more about the Cambodian Genocide here: https://cla.umn.edu/chgs/holocaust-genocide-education/resource-guides/cambodia. 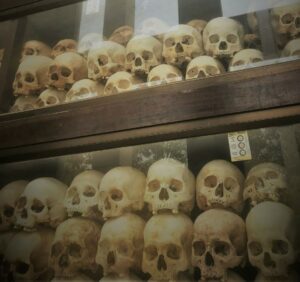 I visited the unpacified favelas in Brazil where regular fighting breaks out between the police and the cartels. Our guide told us that we were safe because we were women and not perceived as threats. However, many police and villagers die every year in Brazil’s favelas. 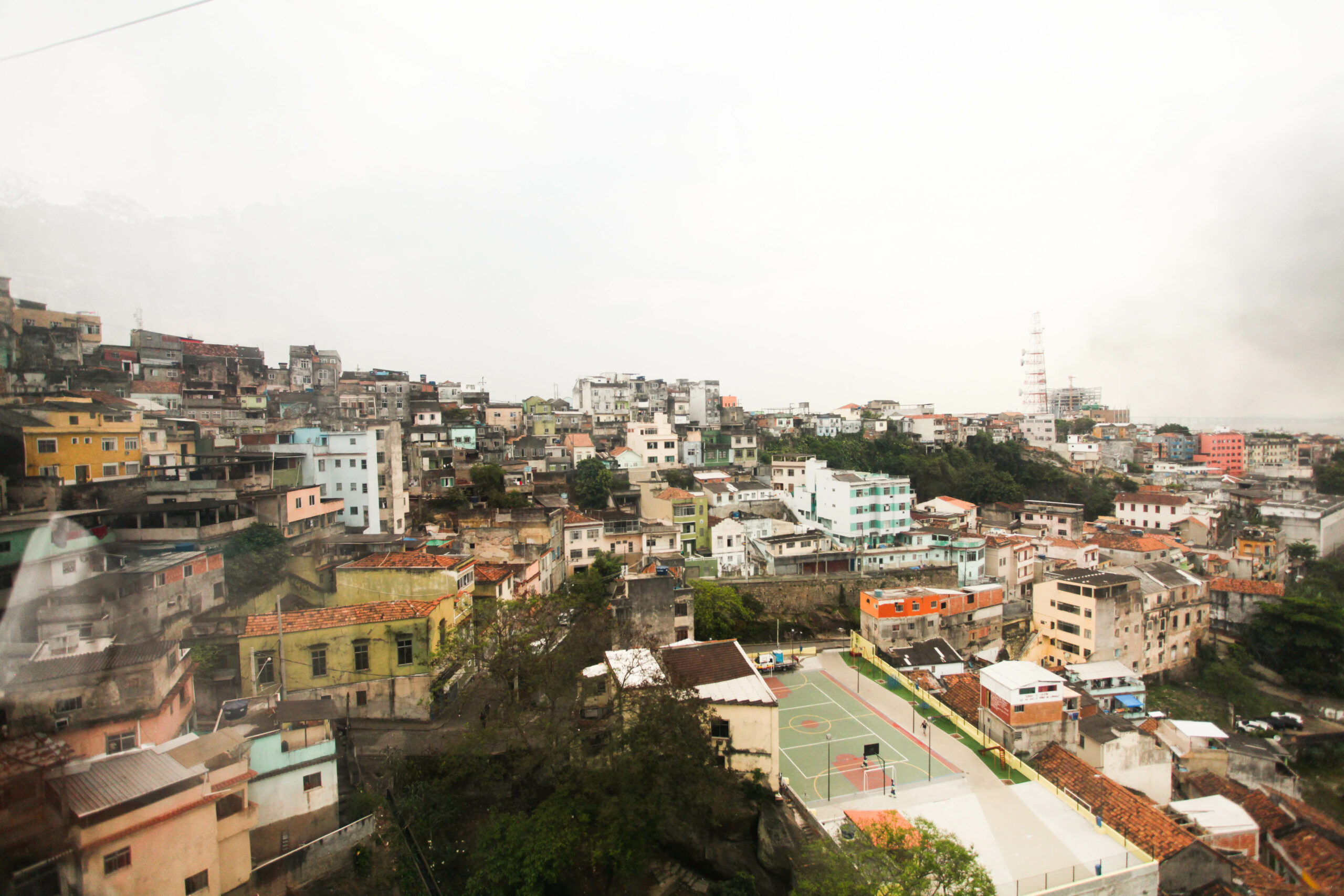 Sarah visited Cox Bazar in Bangladesh, home to the world’s largest refugee camp.  In the largest mass exodus in Asia since the Vietnam War, millions of Rohingya fled their homes to avoid mass genocide. Several Rohingya did not make it and were killed by the Burmese military. Their homes were burned down. Many were gunned down or burned alive. 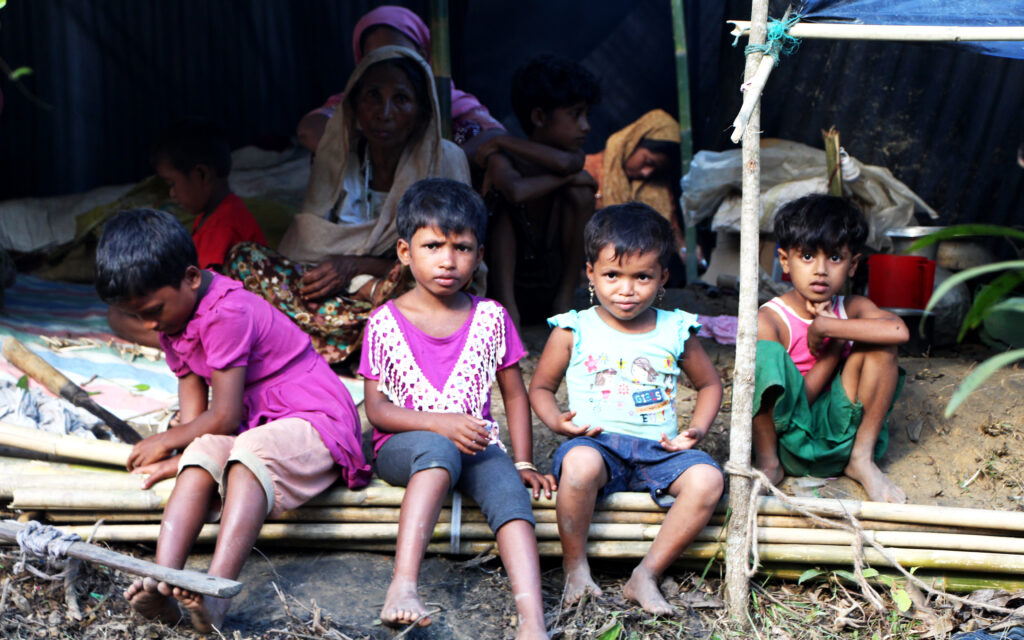 We see an “us” versus “them” mentality in all of these situations. In these cases, two groups are pitted against each other. This inevitably leads to mass atrocities on a particular group. But what leads to this? If you study genocide, key things happen before mass killings. Genocide or large-scale human rights violations do not just happen. There are several precursors to mass violence.

Even here in the United States, we live in a polarized society. This is readily seen in the political sphere.  Disagreeing is okay, so long as it never leads to dehumanization. For this, it is essential to ask yourself- how do I see those that I most vehemently disagree with? Do I dehumanize them in any way? How do I speak about this particular group? If anything, work towards seeing the humanity in those you most ardently disagree with. Work to figure out why they believe the way they do.

At Saving Moses, we work in some complex spaces. I am always disheartened by comments we see on social media that are so dehumanizing to the babies we serve. I won’t say what these comments are here- you can use your imagination. The caution for everyone is this- when you dehumanize someone else- you lose a piece of your humanity.

We are keenly aware of these dynamics. We want to bring empathy and humanity to everyone we serve. This is why we are careful in the words that we use. We say “sex worker” instead of “prostitute.” Despite the profession, we want to bring humanity to these women that we serve. We say “developing country” instead of “third world country” because we want people to see the value in these countries and not think of them in derogatory terms. We are careful not to position ourselves as the saviors in our work but highlight the excellent ground teams who are genuinely doing the work. Humanity- has and always will be central to our work.